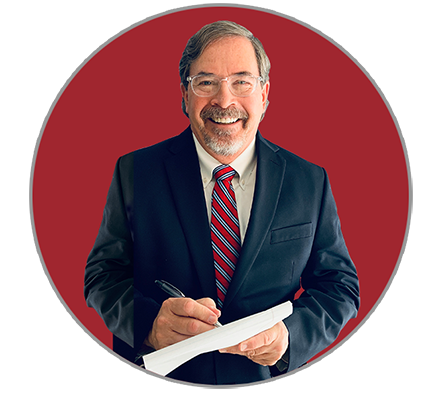 After 16 years of practice in Pittsburgh, Mr. Morgenstern moved to Tampa in September 1998. Before starting his own law firm in May 2000, Mr. Morgenstern was an associate with the Law Offices of Peter J. Brudny. In January 2007, after merging his practice with that of Elizabeth “Betsey” Herd, Mr. Morgenstern’s law firm (Dennis M. Morgenstern, P.A) underwent a name change to Morgenstern & Herd, P.A. At the end of 2018, after more than 35 years, Mr. Morgenstern retired from active litigation practice.

While actively litigating, Mr. Morgenstern concentrated his 35+ years of litigation practice in the areas of personal injury and wrongful death, including automobile and motorcycle accidents, product liability, medical malpractice, premises liability, and general negligence claims. Mr. Morgenstern also represented railroad employees in claims under the Federal Employer’s Liability Act (FELA), as well as seamen and longshoremen in claims under the Jones Act and Section 905(b) of the Longshore and Harbor Workers Compensation Act (LHWCA), for injuries incurred in the course of their employment.

Mr. Morgenstern is a member and supporter of the Hillsborough County Bar Association, including the Ask-A-Lawyer program and the Lawyer Referral Service. Mr. Morgenstern has been awarded the highest (“AV”) rating by Martindale Hubbell.